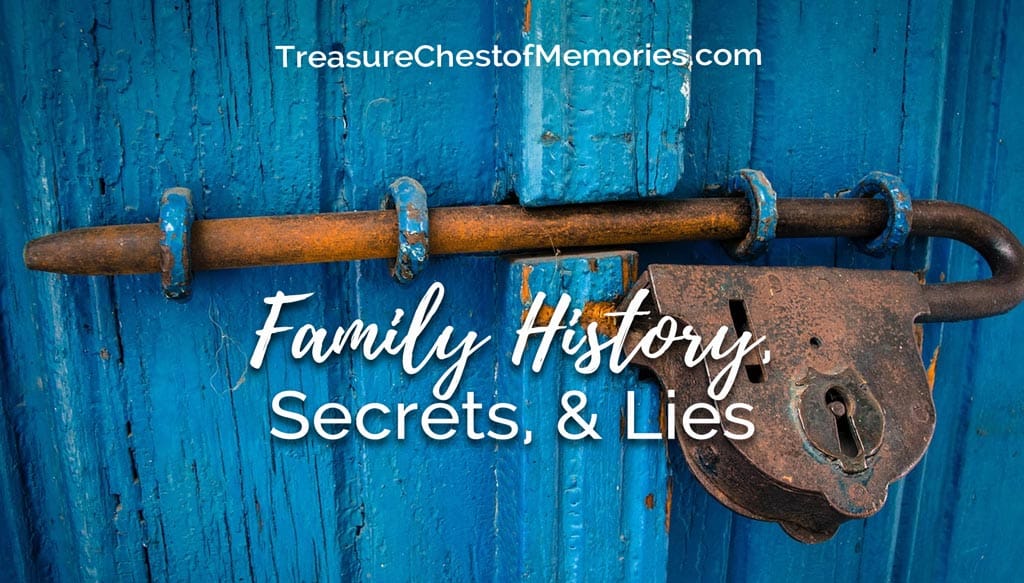 A lot of family historians can relate to Disney’s Encanto’s song “We don’t Talk About Bruno”: Our own family histories have secrets and lies lurking under the rugs.

Admittedly, Lin-Manuel Miranda’s song is an absolute ear worm. It would stick with you even if you didn’t understand a single word. But the song and the story ring familiar tones of secrets and lies in my family’s history.

Secrets and Lies Cause Family Disconnects

It’s a truth I know well. A census record and subsequent research belied my paternal grandmother’s stories of her father giving her up for adoption.

But it further disconnected me from my grandmother, Jettie Dunaway, something I write about in my book. Due to what I suspect was mental illness, she never took to her second granddaughter. We were never close.

Unfortunately, because her background is a void, I don’t have enough context to understand her. I only have a few factual pieces of her in my possession. Fragments—census records, a scribble on the back of a photograph, an analysis of my own memories, and speculation.

She and my father had a difficult relationship. I’m convinced her secrets contributed to that.

Her adoption story denied my father of the acquaintance of many cousins. Almost all lived an hour or so away from his only child home.

One cousin I connected with years after my father’s death was a family historian. He’d always found Jettie a mystery. His memories of talking to Jettie’s siblings were remarkably similar to Encanto’s song. What did he hear from the siblings?

“We don’t talk about Jettie.” 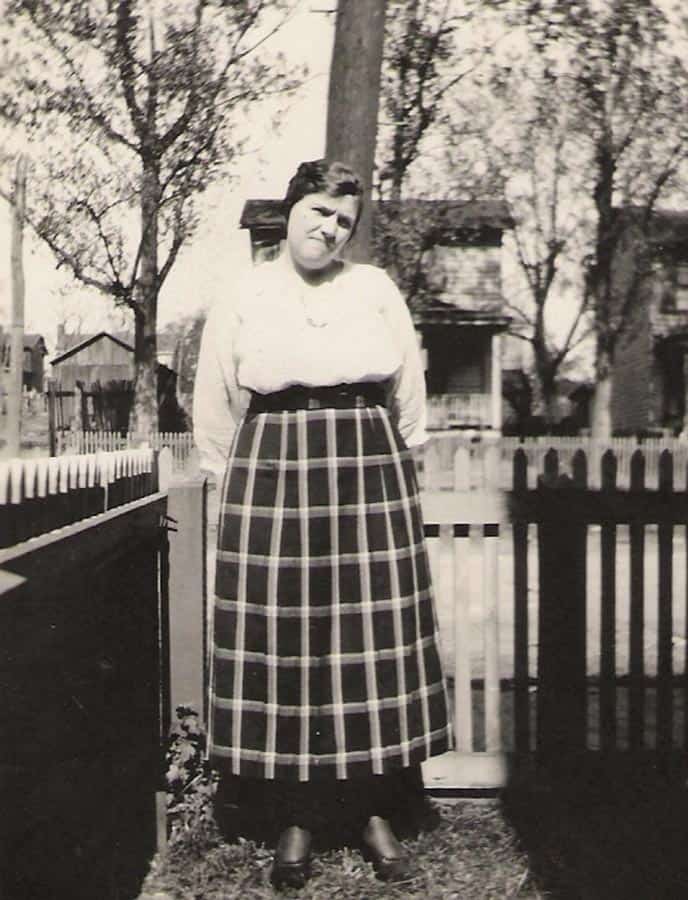 Why are Secrets and Lies so Common in Family Stories?

It’s shocking to find out that Great-Grandma lied. Who could be more honest than a grandmother?

But family historians discover those untruths in research. A grandmother only aged 7 years between the 1920 and 1930 censuses. Was that vanity or losing track of time?

Were children’s ages misstated on a ship manifest to lower the passage rates? Was this stinginess or the only way the family could afford to immigrate together?

Why are innocuous lies such secrets?

According to Psychology Today writer Sarah Epstein, chances are that grandma kept that a secret because she wasn’t proud of breaking the rules. [1]

Our ancestors had no idea they were creating confusing for future descendants scrounging around dusty archives and the Internet to ferret out the details of their lives.

We witness this shame in Murder, Mystery, and My Family, a true crime series in which family members and criminal barristers re-examine historic murder cases, hoping to overturn a conviction. In fact, the tagline asks, “Will modern forensic investigation rewrite their tarnished family histories?”

In several cases, family members reveal they were unaware of the conviction even though the family felt their ancestor was innocent. Does that really “tarnish” their family history?

Perhaps the “shame” in these cases is closer to a fear. Fear of society’s judgment and whether that condemnation will bleed out over all family members.

(Related:  Why you Should Write about Both Good AND Bad Sides of Ancestors in your Family Stories)

The Problem with Family Secrets

Not every secret is a problem. We all have them. The difficulty is knowing which ones are insidious enough to undermine the family psyche.

Some family secrets could prepare living descendants for hurdles they might face. Alcoholism. Inherited diseases. Propensity toward mental illnesses. Others, like my grandmothers, deprive the victim of support and the family from context that explain behaviors.

Sometimes the secrets morph into damaging lies. We come to believe a family myth instead of understanding our family history. We venerate instead of learning.

Our forebears couldn’t have foreseen what we would find out about them by donating a little spit.

Do we have the right to reveal secrets they took with them to the grave? Well, that’s a future post.

What family secrets and lies have you encountered and how did you handle them? I’d love to hear your thoughts below.

This site uses Akismet to reduce spam. Learn how your comment data is processed.

Put the episodes of the past to paper.

Don't Wait. Put the episodes of the past to paper.

Read more about Memories of Me: A Complete Guide to Telling and Sharing the Stories of Your Life...

Read more about Blogging for Family History: How To Launch a Blog and Make it Successful